Hello everybody, I am Akshat Tandon and I am a computer science undergraduate at IIIT­-H, India. I have been selected in GSoC and this summer I will be working on Marble to improve its vector tiling and rendering capabilities.

As of now Marble supports rendering of OpenStreetMap vector data for higher tile levels. In order to make the vector OSM map theme complete and end ­user ready, support for medium and lower tile levels must be added.

What needs to be done

For supporting low level rendering( levels 1, 3, 5, 7, 9), Marble should render using the Natural Earth vector dataset instead of the OSM vector dataset. The reason for this is that Natural Earth dataset has categorically arranged and filtered data which is required for step by step rendering of lower levels. Apart from this the rendered data should be styled so as to match the OSM theme and tiling support must be added on the server and client side.

For the medium level tiles, rendering must be performed using the OSM dataset. OSM dataset gives us many small chunks and nodes for a particular geographic data item. These chunks and nodes need to be filtered and reduced to a manageable size for each specific level so as to get optimal performance and less screen clutter.

My part of work

My work will majorly involve adding vector tile support at low levels using the Natural Earth dataset. This dataset is provided in SHP format and hence prior to any coding, the vector data in SHP format will need to be converted into OSM format using pre-existing tools such as shp2osm. After this we will have the OSM files but they are not yet tiled. These files would contain an enormous amount of data and if we load all this data into Marble then it would go out of memory and any color or styling would not exist. 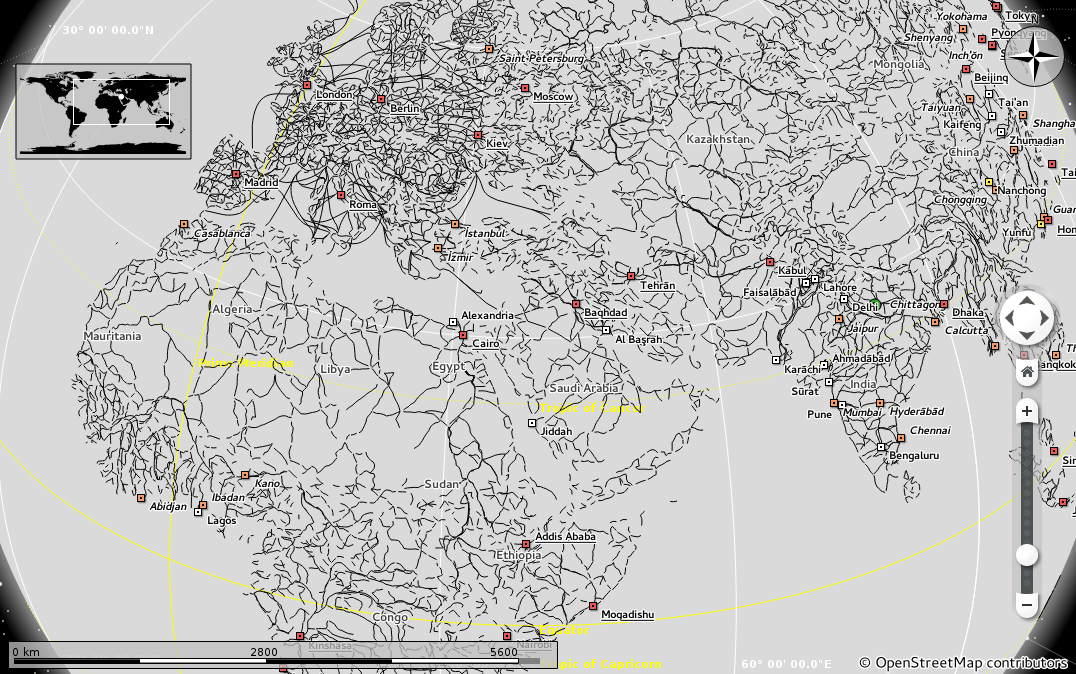 Natural Earth road dataset loaded in Marble. Notice the amount of detail, leading to screen clutter and the lack of any styling.

After this conversion, my actual work starts in which I have to build a tool using the Mable libraries.

The goal is that by the end of GSoC, we will have a tool which cuts the natural earth dataset into tiles in OSM file format which are properly styled and rendered by Marble for each tile level in the same way as they are drawn for the bitmap tiles on openstreetmap.org